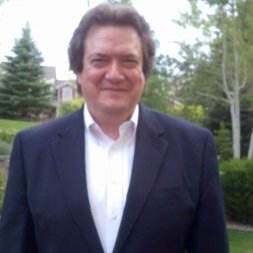 Michael Morton is a convert to the Church of Jesus Christ of Latter-day Saints. Converting from Judaism, he was baptized on his birthday in April of 2013. His journey to the Church began on a business trip to Mesa, Arizona from his home in Denver, Colorado in November 2012. While visiting the Gilbert Temple construction site, he was given a copy of the Book of Mormon. As he held the sacred book in his hands, the Spirit spoke to him and told him, “The book is true.”

Michael then received and followed specific promptings from the Holy Spirit to immediately leave his home and move to Mesa, Arizona. Leaving Colorado, he moved in just 60 days and started his journey of conversion.

Since April 2013, Michael has given his unwavering testimony at many firesides and family home evenings. He brings a unique perspective to each and every talk he gives on the similarities between Judaism and the LDS Church. Michael has published a book with coauthor John Wudel about their unique experiences on their compelling journey to the Mormon faith.

Michael is the father of two children and currently resides in Mesa, Arizona. 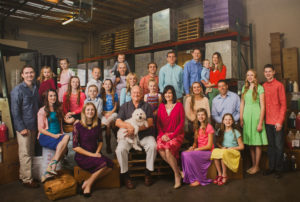 A food chemist by trade, John not only holds a chemistry degree, but also taught qualitative analysis at the university level. His expertise at engineering popular food formulas has resulted in specialty formulations throughout the United States and globally. His company, Wudel International, won the Excellence in Exporting Award. The “E Award” is the highest award the United States government can give to its top exporters. Wudel International won this award for their outstanding exporting to 92 countries.

John’s love for the truth, both in science and religion has led him to this written expression of love for the gift of the Gospel that he has received. He has published a book with coauthor Michael Morton about their unique experiences on their compelling journey to the Mormon faith.

John is the father of four children and the grandfather of sixteen grandchildren. He currently resides with his eternal companion, Nanci, in Mesa, Arizona.