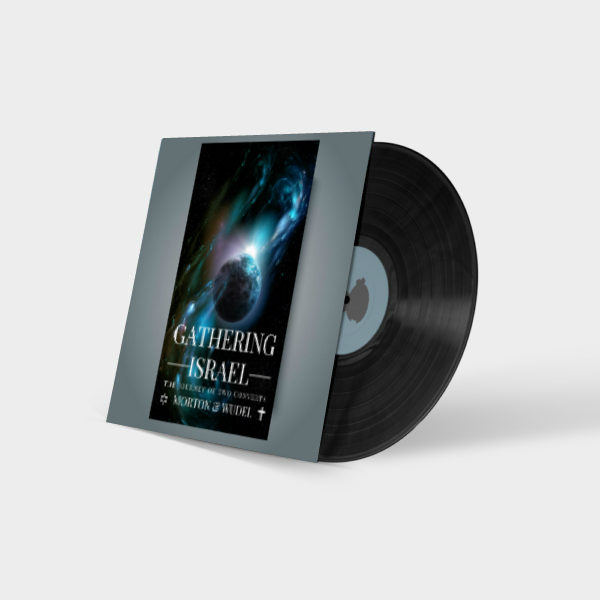 Free Mp3 downloads of My First Step and Two Fathers

My First Step – by Phoebe Morris, performed by Evie Clair and Two Fathers (below) – lyrics by John Wudel, music and performance by Billy Dean, are songs mentioned in the book Gathering Israel and are available as Free Downloads.

Music videos and lyrics of both songs appear below.

To my waist the water’s deep.

Of promises and covenants kept.

On this path I will take my first step.

The water rushes o’r my head.

I am washed clean by the blood He shed.

Immersed in His love then I rise.

He took this path and so will I.

The only one to fulfill the plan.

He came to earth to save all men.

On this road I’m not alone.

He’ll be with me every step and lead me home. 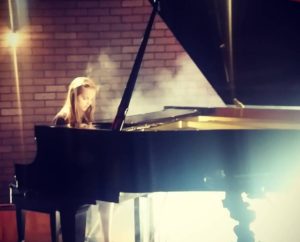 Evie Clair has been playing piano and singing since she was two. She got her public start as Molly, in Annie at Hale theater at the age of eight years old. Evelyn has performed the national anthem at a Diamondbacks game, released original pop singles and won in her category at the 2014 Arizona’s Rockin With Talent. She received a Judges Choice Award in a worldwide contest for her rendition of “Glorious” from the movie, “Meet The Mormons.” Evelyn won a contest to sing the theme song for the movie, “Once I Was A Beehive” and has both the theme song and an original song featured on the soundtrack. She was also invited to create Christmas cover video in 2015 for the Mormon.org, A Savior is Born world-wide campaign.

Her favorite place to sing is at church functions. Evelyn sang at Michael Morton’s baptism, who is a close family friend, and loves singing at Michael’s firesides. She can be found on YouTube, other social media sites and at www.evieclair.com.

When I was just a little boy,

My mother said to me,

“You have two fathers son,

One earthly and one heavenly.

One dad’s in the other room;

The other’s just as near,

They’re listening, so talk to them,

From you they want to hear.

They both love you, oh so much, my son,

One father lives at home with us,

By faith the other’s here.

Believe in them with all your heart;

They hold you very dear.”

I took my mom’s advice that day.

She taught me how to pray.

I passed it down to all my kids

To remind us every day.

They both love you, the Father and the Son,

You changed direction in my life,

That one amazing day.

I owe it all to an angel mom

Who taught me I should pray.

Thank you, mom, for showing me

That fathers I have two,

And one amazing mother, 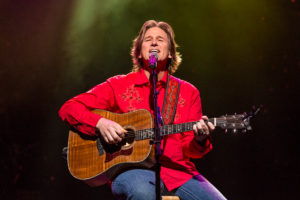 John and Michael consider Billy Dean to be a good friend, an incredible musician, and gifted songwriter. A man who puts family first, they are honored to include him in their book. Billy can be found at www.BillyDean.com.

Billy Dean has sold over 5 million albums worldwide, with 11 top ten singles and 5 number one’s. He has been nominated by every major music award entity. His accolades includes a Grammy participate award for Country Salutes Gospel, a Grammy nomination for Song of the Year, for Somewhere in My Broken Heart which went on to win The Song Of The Year at The ACM awards in 1992. That same year, Billy Dean won Top new Male vocalist of the Year at the Academy of Country Music awards, and was nominated by the CMA for the Horizon award. Billy was also recognized by the CMA for “Album, and Producer of the Year” for his work and contribution to The Common Threads album. After a decade of touring, Billy took time to focus on family, and songwriting. He left Capital Records and signed with Curb records for the release of his 2004 album “Let Them Be Little”. The single was a career radio smash and spent 10 weeks in the top ten of the Billboard chart. Let them be Little still sells over a thousand downloads a week around Mothers Day and Fathers Day. Billy returned to the road to master the art of the solo performing troubadour. With one man and one guitar, Billy showcases his skills as an accomplished guitarist, and an award winning songwriter and vocalist. His stories of parenthood vs. fame are rich in comedy and laughter. In 2013, Billy re-grouped in Branson, Mo. Dean has one of the hottest shows in town according to Trip Advisor. He is currently at The Starlite Theatre in Branson for 100 shows. Billy credits the success of his new show to his band The Steel Horses and comedian Jarrett Dougherty.

“The Steel Horses have brought new life and energy to my songs and it’s so nice to perform those songs like the original recordings” Dean said.

There are no reviews yet.

Be the first to review “Gathering Israel Music” Cancel reply